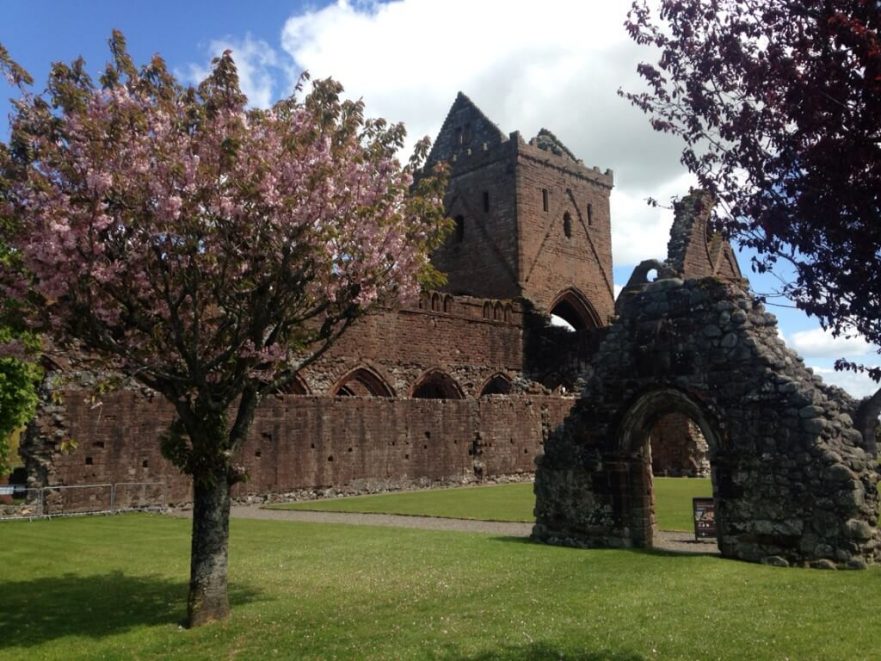 What has Dumfries and Galloway ever done for us?- Sweetheart Abbey

8 Miles south of Dumfries in the quiet village of New Abbey lies the ruins of Sweetheart Abbey which is definitely one of Dumfries and Galloway’s historic gems. Behind the name Sweetheart Abbey lies a story of love, heartache, religious upheaval and persecution which has captured the imagination of visitors from across the globe. 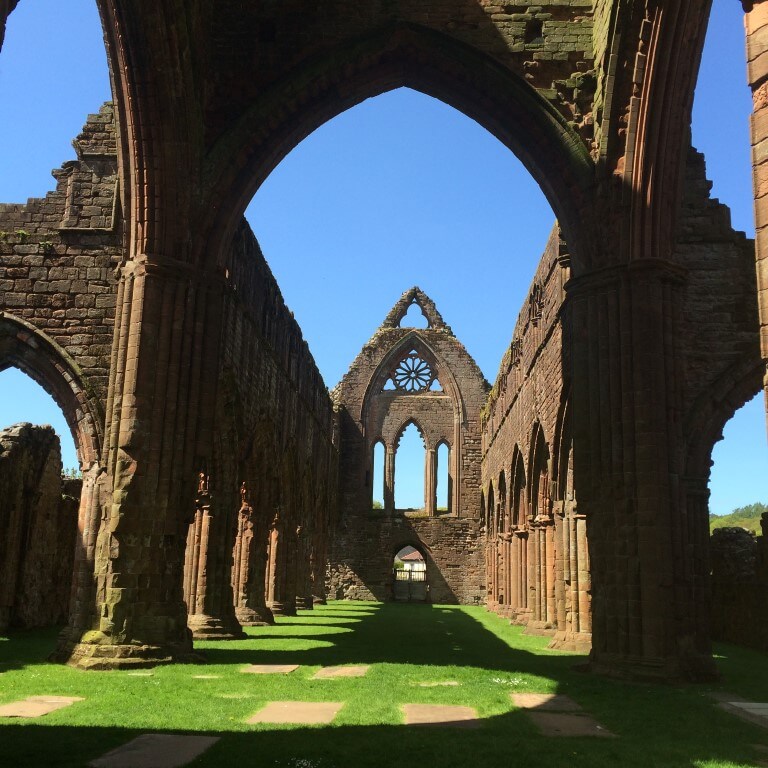 Sweetheart Abbey, or The Church of St Mary the Virgin of Sweetheart was given its name by the resident monks in honour of its foundress, Lady Dervorgilla. Dervorgilla was the oldest daughter of Alan Lord of Galloway and inherited the title and lands from her father when he died in 1234. It was considered relatively unusual for a female to control such vast areas of land and Dervorgilla used her power to ensure the support of many local families. In 1270, two years after the death of her husband Lord John Balliol she met with the Cistercian Abbots to plan a new “daughter” Abbey of Dundrennan beside the winding Abbey Pow Burn, close to the Solway Firth. 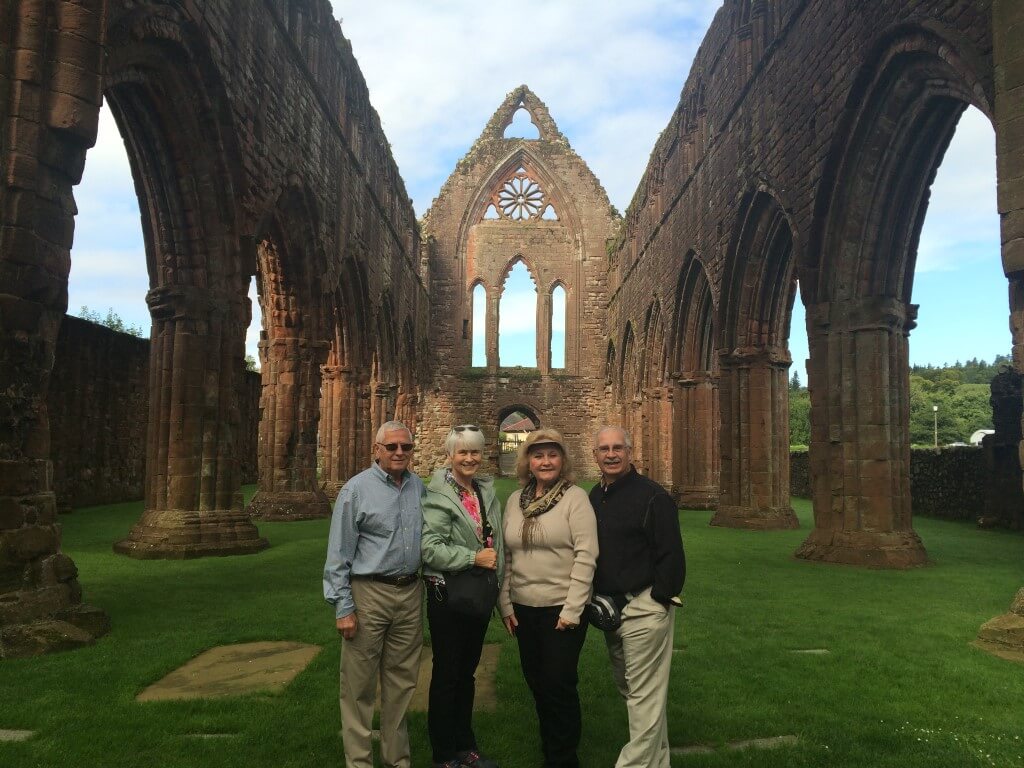 The Abbey was built like most Cistercian Churches in the shape of a cross however due to the turmoil of the Scottish Wars of Independence it was not completely finished until many years after the monks moved in 1273. The Abbey was commissioned by Dervorgilla as a lasting memorial to her beloved husband who she was devoted to throughout her life. When John Balliol died in 1268 Dervorgilla had his heart embalmed and placed in an ivory and silver casket. She named this casket her “Sweet Silent Companion”. When Dervorgilla died in 1289 she was buried on the altar of the Abbey with her husband’s casket alongside her and a memorial stone marks this spot. The Monks of the Abbey composed a poem and described the love story as “Dulce Cor” which translated from Latin as Sweetheart and from that point the Cistercian buildings became known as Sweetheart Abbey. 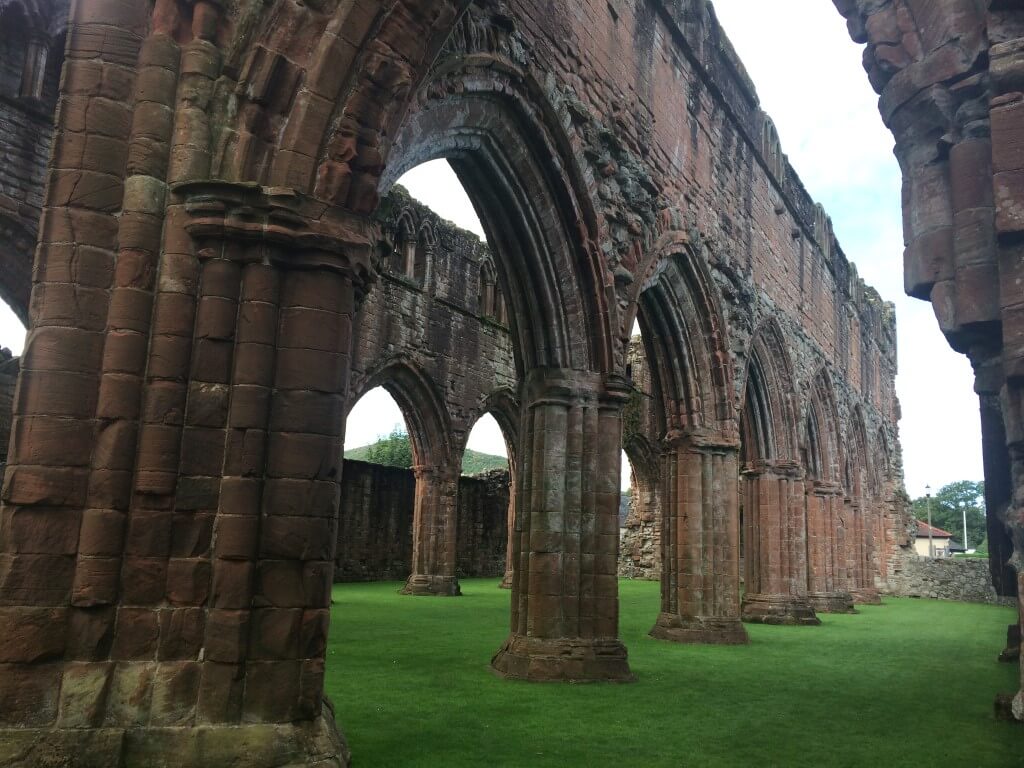 The Abbey’s main patrons for the next 300 years were the Douglas and Maxwell families although things changed greatly with the Reformation of 1560. Lord John Maxwell refused to destroy the evocative Catholic Abbey but when Gilbert Brown, the last Abbot of Sweetheart was forced to flee in 1587 the Abbey quickly fell into disrepair and the red sandstone began to be recycled in the houses of the burgeoning village of New Abbey. Over the next three centuries the Abbey continued to fall further into disrepair until it was taken under state control in 1928.

When visiting the Abbey today the love story of Dervorgilla and John is still clearly visible despite the religious turmoil that took place. A stone effigy in the form of a table on which rests Dervorgilla’s body clutching the embalmed heart casket to her breast is probably one of the most thought provoking images ever captured in stone. 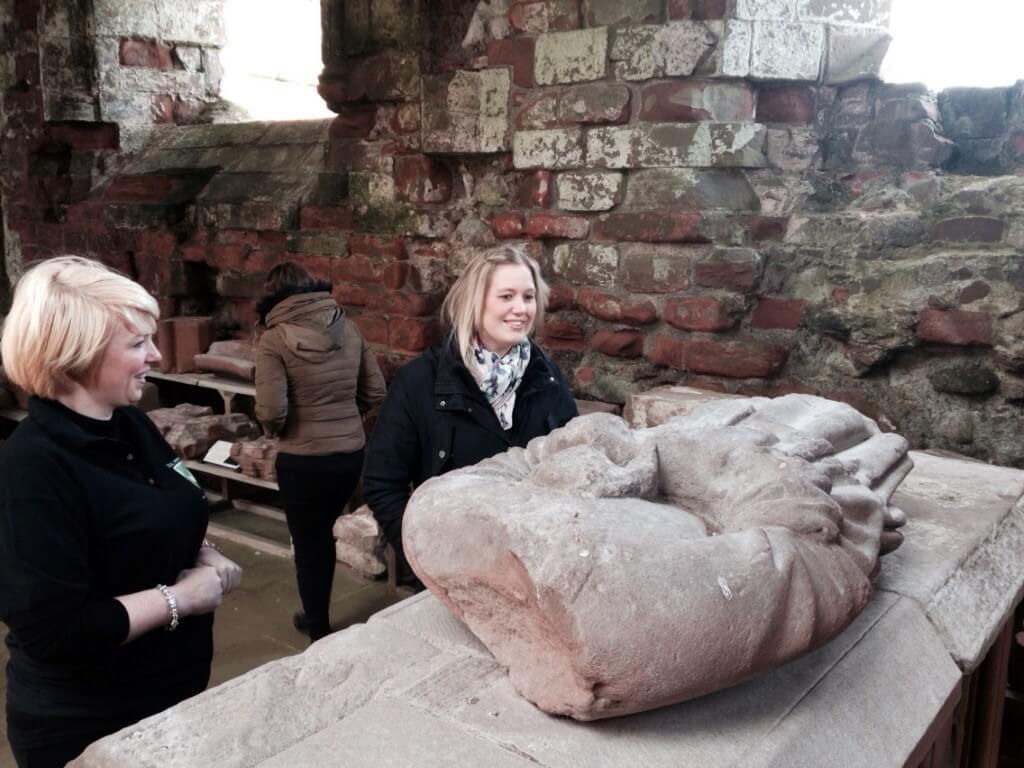 Sweetheart Abbey is a must see site when visiting this Region. The ruins which remain are graceful and are a clear indication of the importance of the Catholic Church in mediaeval Scotland. No visit to the village of New Abbey would be complete without a stop at the Abbey Cottage Tearoom. This tearoom situated right next to Sweetheart Abbey not only has great views of the ruined Abbey but is a family run tearoom which serves high quality produce and is always served with a smile from the friendly staff. The tearoom has a fantastic menu full of homemade treats and a shop stocked full of locally produced gifts which is also well worth a visit. From the town of New Abbey there are also great walks up to the Waterloo Monument and the wonderful hills of Criffel and Knockendoch. In Dumfries itself still exists the old bridge known as Dervorgilla’s Bridge which Lady Dervorgilla ordered to be built to ensure quicker passage to the shrine of St Ninian at Whithorn. The Bridge, rebuilt in stone is the oldest surviving multiple arched bridge in Scotland. 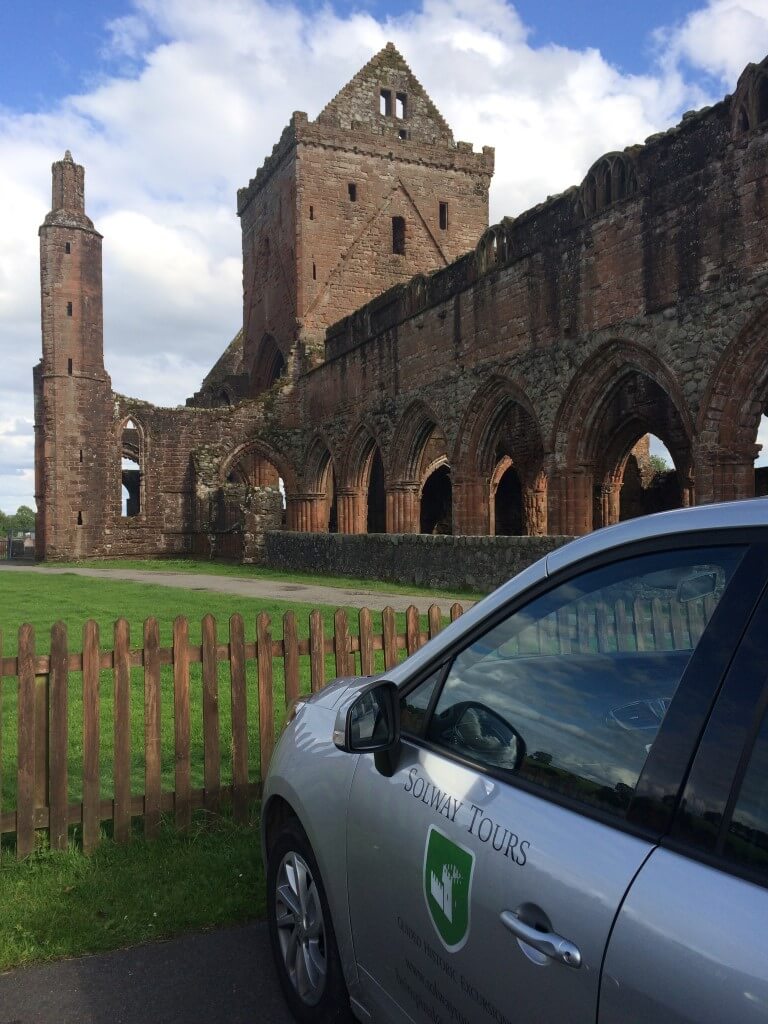