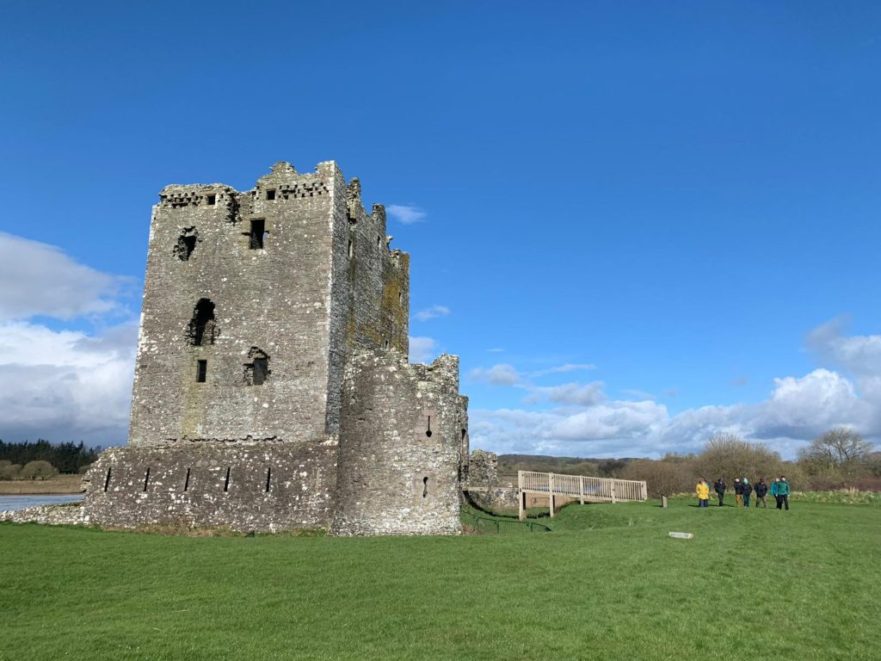 Castles and Towers of the Stewartry 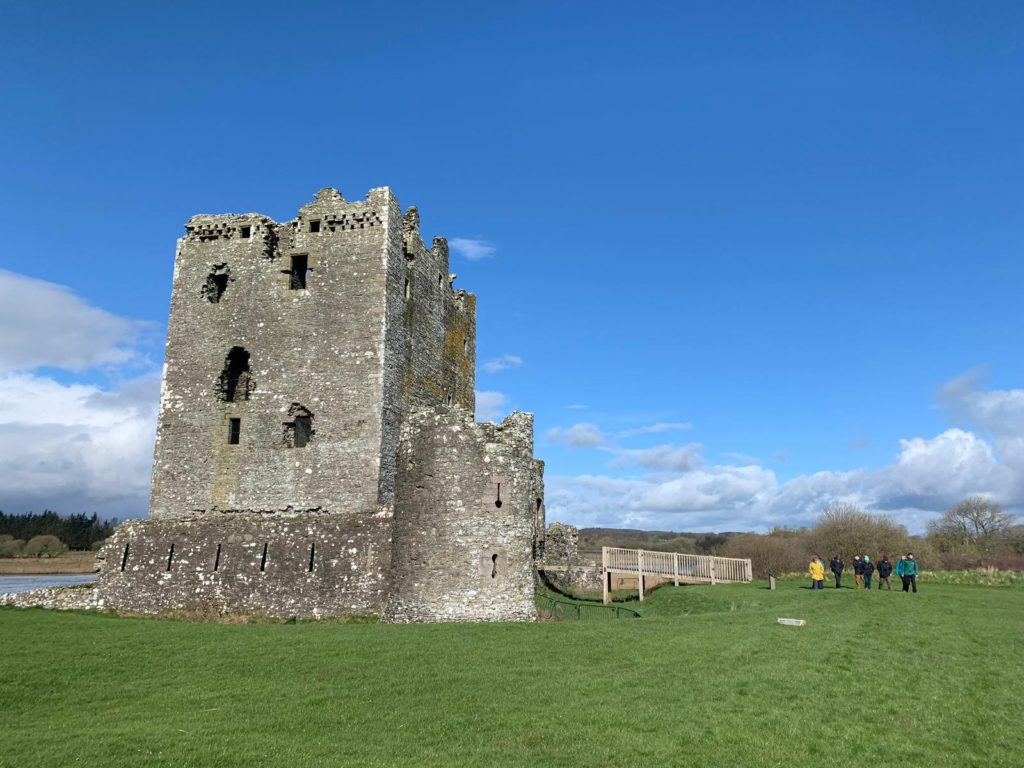 Early April saw Lesley and Sam leading a day tour around some of the best Castles and Towers of the Stewartry. In partnership with Galloway and Southern Ayrshire Biosphere we had the opportunity to show off the diversity of  a small number of historic buildings to be found in Dumfries & Galloway. The 4 sites we visited were within close proximity to one another in the centre of the Region around the towns of Castle Douglas, Kirkcudbright and Dalbeattie. These 4 sites give an insight into life at various points during the diverse history of the Region.

In this blog we will share with you two of the sites we visited on this fantastic day tour!

When: Around 1369-70
Where: North of Castle Douglas by the River Dee, accessed from A75 (Signposted)
Who: Archibald “the grim” Douglas, 3rd Earl of Douglas

Our tour began with a gentle walk down to the banks of the River Dee. Hidden by a small block of conifers the castle doesn’t reveal itself on the walk down until you are almost on the banks of the Dee itself. Set upon an Island in the middle of the River Dee, Threave boasts an excellent defensive strongpoint. Thankfully, a boat is provided for the modern visitor and the castle sits within an internationally important wildlife reserve. We therefore took the opportunity to observe the returning pair of Ospreys on the nest. A pair of Ospreys have bred at Threave for the last 10 years and a great view of the birds can be had from the public viewing platform. On reaching the Island and the castle the purpose and strength of this 14th century tower becomes even more obvious. With few windows and thick walls this castle was not intended to be welcoming! 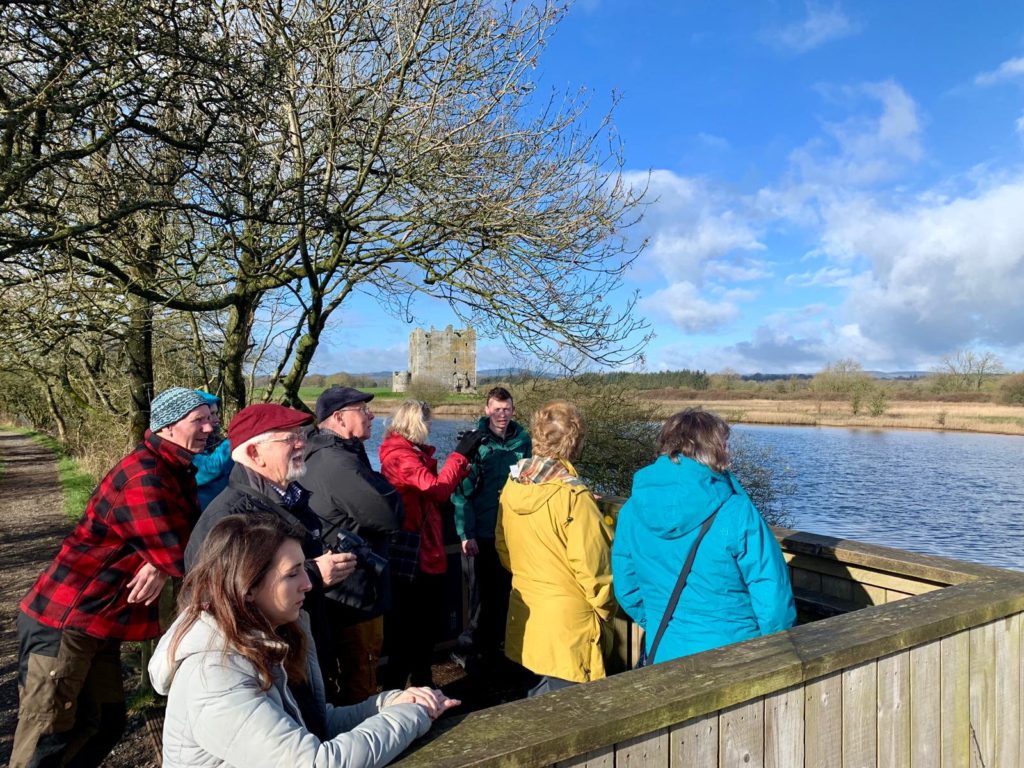 The Douglas Clan at Threave

The Castle was in the possession of the Douglas’ for over 80 years and was built just after Archibald “the Grim” gained the title of Lord of Galloway. During this time its primary purpose was to act as a focal point from which the Douglas family could control the surrounding area. Many locals who had supported the Balliol cause during the Wars of Independence (In which the Douglas’ had played a large part in fighting on the side of Robert the Bruce) were not well disposed to the notion of the Douglas’ holding power. Alongside this Threave’s relatively close proximity to the border and the Solway offered many potential enemies. This made for an area and a period of time in which a strong well defended Castle was particularly important. This being reflected in the size, location and imposing stature of the castle over the surrounding area. Later in the Castle’s history it was acquired by the Maxwell family, a recurring theme throughout the day!

Maclellan’s Castle is far from being on an Island it sits surrounded by the harbour town of Kirkcudbright. Bright vibrantly painted townhouses and shops on St Cuthbert’s street and the aptly named Castle Street form the two main approaches to the castle.

Maclellan’s Castle was built in around 1569 for Sir Thomas Maclellan. In comparison to Threave its thinner walls and ground floor windows betray its defensive appearance. The castle was designed to be a far more luxurious home than that of the monolithic, block of stone at Threave. With more ornate features, an outdoor well (which in a siege would prove quite inconvenient!) and only a smattering of defensive features the Castle is an excellent example of how tower house design was changing in the Jacobean Scotland of the mid 16th century. 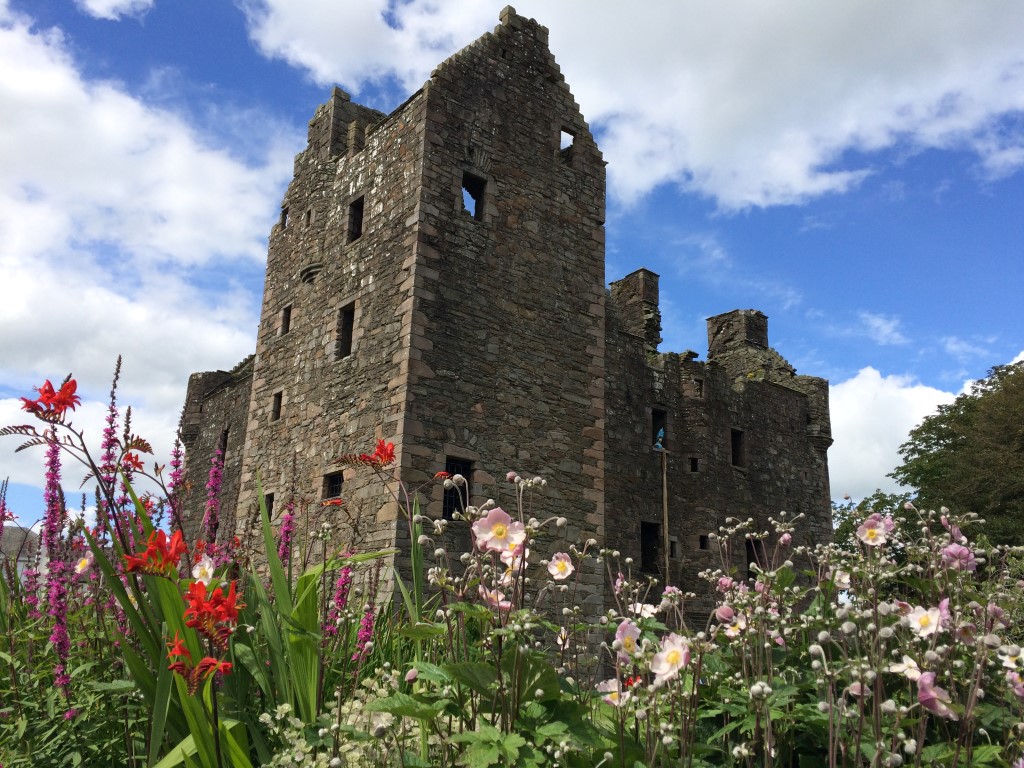 Due to ongoing conservation work, today we entered Maclellan’s by the “workers” entrance on the western side of the Castle. It goes without saying this entrance is far less ornate than the main entrance and lacks the designed stonework of the main entrance. Inside, the Castle has a far more welcoming atmosphere than found at Threave. Rather than a small circular staircase found in many castles the large, open straight staircase taking you to the second floor at Maclellan’s once again shows the transition in Tower House design. From being primarily for defence the Scottish Tower House moved through to being more of a show of opulence and wealth, as is the case at Maclellan’s. The Great Hall and other rooms, once adorned with tapestries and the crackling of fire still prove an impressive space. Even without the finery that once adorned the walls the large scale and grandeur of the great hall further instill a sense of Sir Thomas Maclellan’s vision for a comfortable living space for himself and for visitors. Of those entertained at the Castle by the Maclellan family the most celebrated was the visit of King James VI who stayed within the Castle walls in 1587.

The splendor of MacLellan’s Castle’s was not to last with the wealth of the family being lost through various channels including through Sir Robert Maclellan whose debts led to the selling off of swathes of the family estate. By the early 1740’s the Castle much like Threave came under the control of a branch of the Maxwell family, this time the Maxwell’s of Orchardton. 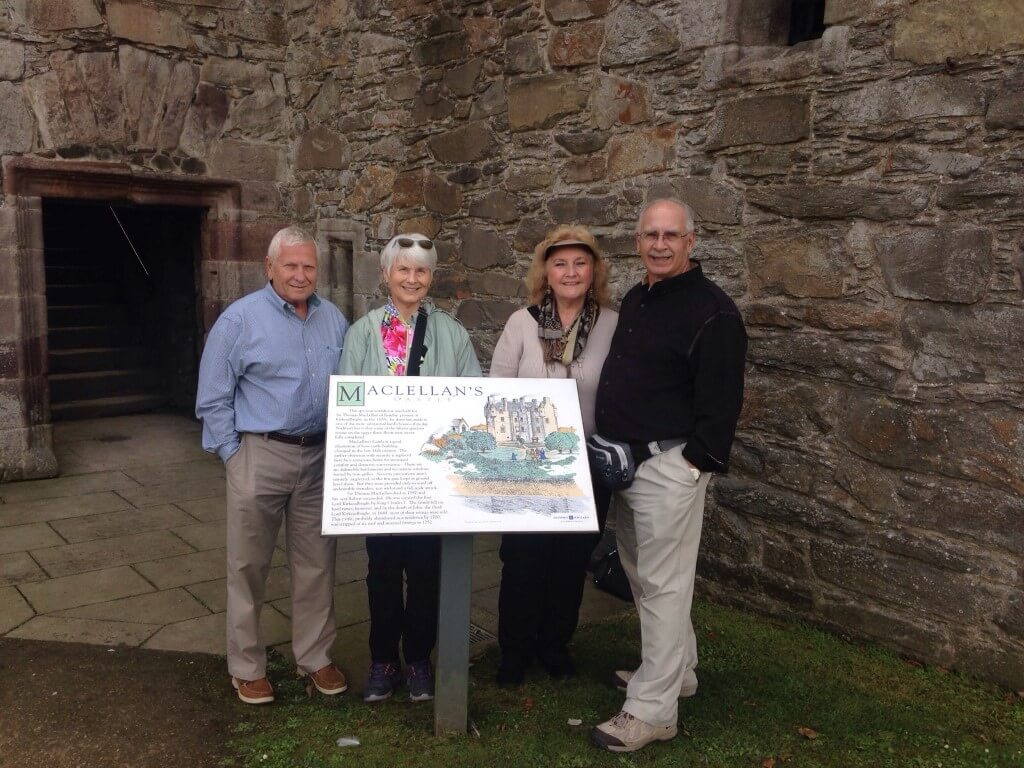 Are you a Douglas, Maclellan or even a Maxwell? If you are interested in finding out about our bespoke ancestral tours why not take a look at our ancestral tours page on our website: https://www.solwaytours.co.uk/ancestral-tours/

Feel free to contact us in order to discuss arranging a Scottish ancestral tour, we look forward to hearing from you!