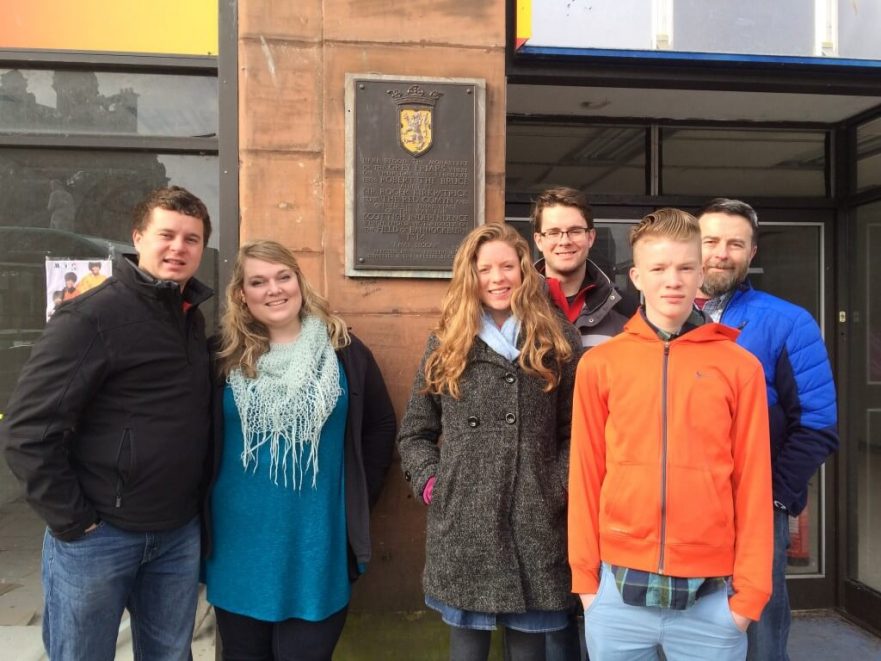 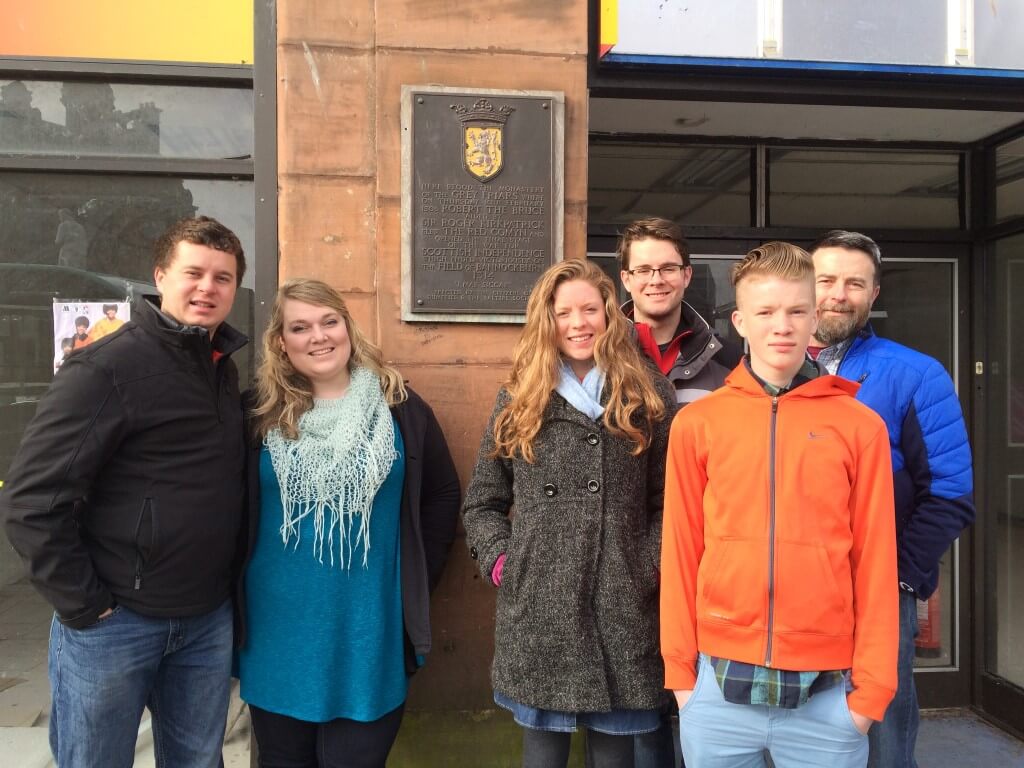 Recently we had the pleasure of  guiding the Kirkpatrick family from Colorado Springs around some of the key sites connected with their ancestors from Southern Scotland.  As historians we are passionate about helping others trace their family history and put together a picture of where their ancestors lived,  worked and where they are now laid to rest.  With each ancestral tour we have access to fantastic local resources including the Dumfries and Galloway Family History Centre, local libraries, the National Archives in Edinburgh and various genealogical websites to get those little nuggets of detail and to ensure we overcome those frustrating barriers which can limit research.  We visit all sites  a number of times prior to any ancestral tour which always involves chatting to the locals as they sometimes have valuable information about the development of their town or village and the families who shaped it.

If you are a Kirkpatrick, related to the Kirkpatick Clan or are keen to complete your own family tree then read on as we highlight just some of the key sites in Dumfries and Galloway that had connections to the Kirkpatrick Clan!

Sites in Dumfries and Galloway connected to the Kirkpatrick Ancestral Tour

The Kirkpatrick Clan Motto –    I Mak Sikkar (I Make Sure)

The Kirkpatrick crests and motto  are  carved into walls of the old Kirkpatrick church in Closeburn. The crest and motto are barely legible above a memorial to William Kirkpatrick but it is fascinating to see the blooded dagger as part of the family crest!! Traditional origins  suggest that the clan took its name from the church of Saint Patrick in the parish of Closeburn in Dumfriesshire, Scotland. Traditionally the Kirkpatrick family of Closeburn have held these lands since the ninth century and have the local Closeburn Castle as their ancestral home. 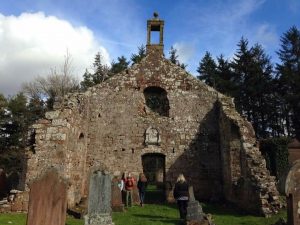 We always take anyone connected to the Kirkpatrick family to Comyn’s Tower which sits within Dalswinton Estate.  Dalswinton House now sits where the original Comyn family Castle had been and the tower pictured below is all that remains of the original castle. It is  from this site within Dalswinton Estate that John Comyn left on the 10th February 1306- a date which transformed the history of Scotland radically. Later that day Roger Kirkpatrick was to meet and kill John Comyn at Greyfriars Monastery in Dumfries. 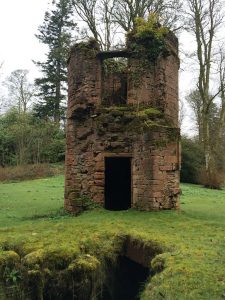 The site that meant a great deal  to the Kirkpatrick family and one that should not be missed if you are walking in the footsteps of your Kirkpatrick ancestors is Greyfriars Church in Dumfries.  For years they have read about their ancestor Roger Kirkpatrick and the part that he had to play in the killing of John Comyn so being at this spot was a special part of their tour.  The plaque on the site that once was the Greyfriars Monastery marks the day when John Comyn and Robert the Bruce met on 10th February 1306 and how Roger Kirkpatrick helped to change the history of Scotland forever. 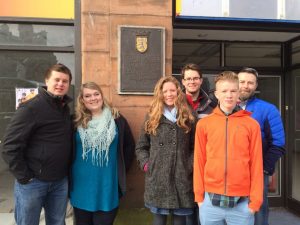 Lochmaben Castle is a fascinating site and although it lies in ruin today it is still well worth a visit.   Lochmaben Castle was formerly a noble building once the residence of Robert the Bruce, Lord of Annandale.  By April of 1481 Thomas Kirkpatrick was made keeper of the Castle and again show the links that the Kirkpatrick family had with the powerful Bruce family.

The castle at Torthorwald occupies a site where a fortification has existed for centuries. Duncan Kirkpatrick youngest son of Stephen of Closeburn, answered the call to arms by William Wallace to overthrow the English domination of Scotland by assisting William Wallace he helped at the fight near Lochmaben.  At this time Duncan did not own Torthorwald Castle as it  belonged to his father in law who was sir David Thorwald of Torthorwald. Duncan like other patriots did not agree with absentee landlords who spent most of their time in England. When the cry for Scotland’s Independence rang out he was keen to take back everything Scottish from the usurpers. To this end he assumed the title as Baron of Torthorwald 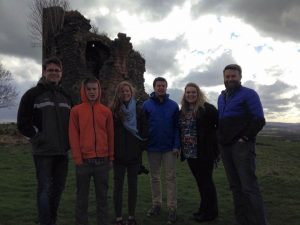 The fantastic Caerlaverock Castle unique for its triangular shape also has connections to the Kirkpatrick Clan and our guests loved exploring the ruins that there ancestors once lived in.  In 1355, Sir Roger Kirkpatrick took Caerlaverock Castle and Dalwinston Castle from English forces. The evocative structure built by the Maxwells in the mid 13th Century is a must see and is a focus for pilgrims to visit Dumfries and Galloway to trace their ancestral heritage. 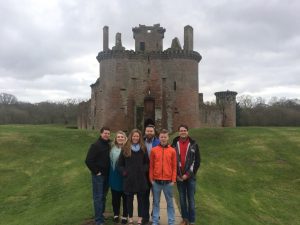 Click on the link below to read the fantastic Trip Advisor Review that Rob Kirkpatrick left after his two day ancestral tour with Solway Tours!

If you would like our help to walk in the footsteps of your ancestors then please get in touch with us at beinspired@solwaytours.co.uk